Made With Serif WebPlus. 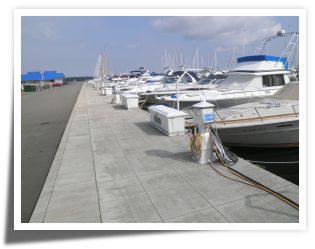 Upon completion of the Apprenticeship Training Course with IBEW Local 56 and NECA, Jess continued his career in the electrical field, working as a foreman for various contractors in Erie, PA. After gaining experience in other organizations, Jess came to work for Church & Murdock Electric, Inc. in 1976. In 1981 the founding fathers of Church and Murdock began to transfer responsibility for day to day operations to the next generation. Jess made the transition from the field to the office. He started estimating work, and running projects. As time went by his responsibilities increased, and he was elected Chief Executive Officer of the company in 1988 and to President/CEO in 2014.  Jess's commitment to customer satisfaction has been the hallmark of his career.

Immediately following his graduation from high school in 1976, Gordon enrolled in the Apprenticeship Training Course. He came to work for Church & Murdock Electric, Inc. after becoming a journeyman electrician. Gordon's involvement in the field enables the company to keep a finger on the pulse of the outside working environment. When he is not working, he enjoys hunting, shooting skeet and spending time with his family.

Born and raised in Erie, PA, Michael began his career doing odd jobs around the office during the summer. After graduation from high school, he worked part time in the warehouse while attending Mercyhurst College. In 1981 he was graduated from Mercyhurst with a B.A. in accounting. Michael then assumed responsibility for running the office at Church & Murdock Electric, Inc. His outside interests include golfing, skeet shooting, sporting clays and hunting birds with Harley, Cheyenne and Paladin,  the families pet Vizslas. Michael also enjoys spending time with his wife Eileen and son Kyle camping and snowmobiling.  Michael also enjoys cooking and has many fans of his culinary skills.

Shane began his career at Church & Murdock working as a material handler during high school. After graduation he attended the IBEW/NECA sponsored apprenticeship program. Shane worked for Keystone Electric for three years before coming to work for Church & Murdock. He began running work as a foreman in 1999 and in 2005 moved into the office to his current position.  Shane was elected Vice President in 2014.  He is married to wife Stephanie and they have two boys, Connor and Pierce. His outside the office interests include bowling and golf.

After graduating from Northern Cambria High School in 1991, Donna went on to Cambria-Rowe Business College where she was graduated in 1993 with an Associates Degree in Computerized Accounting. In June of the same year she began working at Church& Murdock Electric, Inc. Her duties include payroll, accounts payable, accounts receivable and various secretarial duties. In her spare time Donna enjoys spending time with her family, her husband Clem and their three sons, Ryan, Adam and Evan. She also enjoys watching her sons play in various sports and working in her vegetable and flower gardens on their farm.

Eric joined the team at Church & Murdock Electric, Inc. as our purchasing agent in 2009.  He follows a family tradition of employment with the company. Eric's father worked for many years on the service truck before retiring. He has a degree from Edinboro University.  Eric and his wife Erica have twin daughters, Addison and Rylie.  His outside of work interests include Golf, Basketball and spending time with the family.  Eric has discovered that finding the right product at the right price, and having it available on the jobsite at the right time is a daily challenge. When all three aspects come together, and the owners, project managers, foremen, and most importantly, the customers are happy, he knows he has done his job well.

Alan Hartley is a 1978 Graduate of Fairview High School. He worked as a construction laborer for H. Platt Company until 1984 when he went to work in the electrical construction industry for Express Electric. In 1984 Alan was employed by Bay Harbour Electric. He continued his employment with them until December of 2002, progressing from journeyman electrician through many different responsibilities. These new responsibilities include project superintendent , director of education, chief estimator, and project manager. In January of 2003 he joined the staff of Church & Murdock Electric, Inc. as a project coordinator/estimator. Alan holds a City of Erie journeyman's card, as State of Wisconsin Electrical Contractor's License, A State of Ohio Electrical Contractor's License, and a State of Ohio Fire Alarm Installer's License. Alan is a dedicated family man. His wife Michele and he have two girls and a boy. He enjoys working around the house and building. Alan's hobbies include riding ATVs, snowmobiles, and horses. He also likes to golf. Alan's goals include customer satisfaction and a quality end product..

Ron was graduated from Greater Johnstown Vo-Tech in 1977 with a certificate in Electrical Technology/Electrician. He worked for several electrical contractors in the Johnstown area until 1983 when he went to work for Cardello Electric Supply. While working at Cardello's, Ron attended numerous schools and electrical training programs. Ron joined Church & Murdock Electric, Inc. in 2002 as an estimator. In 2007 he also assumed the duties of Purchasing Agent. Ron enjoys spending time with his wife Stephanie and their two children, Stephen and Sara. His outside interests include hunting and refereeing soccer games for various organizations.